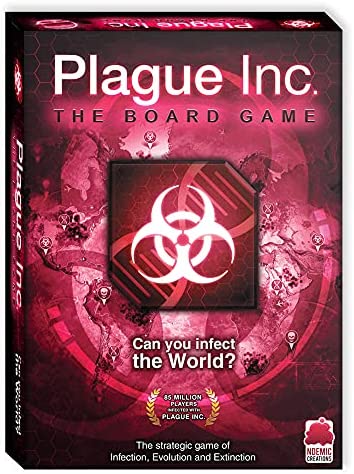 Whether you’re looking for a game that’s realistic or just for a good time, you may want to try Plague Inc. This game is a terrifyingly realistic mix of strategy and simulation.

Using a non-traditional approach to raise public awareness, the creators of Plague Inc. have built an active community.

The game, which has climbed to the top of the Apple App Store in its first week, was designed to simulate viral outbreaks. Players have to select a pathogen, infect people, and develop new ways to transmit the disease. The interface allows users to track progress in each country, as well as how the disease is progressing. The onscreen ticker tracks the number of infected humans and shows how many have died.

Ndemic Creations developed the game, and the company has collaborated with the World Health Organization (WHO) to promote public health awareness. Its website reminds players that the game is not a scientific model, and suggests they look to official sources for more information.

The game is rated for ages 15 and up, and is available for $0.99 in the App Store. It also offers in-app purchases for a larger variety of game options.

The SIR model is the most common model used to simulate epidemics. It divides the population into infected, susceptible, and recovered individuals. It also describes the rate at which an individual changes from one state to another. Using the SIR model, it is possible to determine the epidemic saturation time and the epidemic threshold.

Infectious diseases are one of the leading causes of death. They are associated with environmental perturbation and human behavior. Moreover, these diseases have often emerged as emerging diseases. This is one reason why epidemic models are increasingly used to predict spatial-temporal progression of epidemics.

It’s free until COVID-19 is under control

Developed by UK-based Ndemic Creations, Plague Inc is a real-time strategy simulation video game. Players create a pathogen, allocate resources, and battle to prevent the spread of a global pandemic. It is available for free on the Google Play store and the App Store.

In early 2020, the world was faced with a new outbreak of COVID-19, a deadly virus. Ndemic Creations worked with GOARN, WHO, and several health organizations to create The Cure expansion. The expansion is free and available on the Apple App Store and Google Play Store.

Plague Inc: The Cure uses realistic simulations to show how the world reacts to a pandemic. Players are given the task of developing a vaccine and allocating resources to stop the spread of the pathogen. Its mechanics include contact tracing, quarantine measures, and research teams around the world.

It’s a terrifyingly realistic mix of strategy and simulation

Described as “an award winning, terrifyingly realistic mix of strategy and simulation,” Plague Inc has been a hit on mobile devices since it came out. Now, the game is introducing new features on PC as well. The new version of the game also includes a “Simian Flu” expansion pack, based on the movie Dawn of the Planet of the Apes. This new version also features improved graphics and user-generated content support.

Plague Inc: The Board Game is a strategy game based on infection and evolution. Players must evolve a deadly global plague, adapting against everything humanity can do to protect itself. The game is played by two to five players, and features an evolution board game system that simulates a world in which the human race has been ravaged by a deadly virus. This game includes new features for PC as well as user-generated content support.

SUPERHOT blurs the line between strategy and mayhem. It requires players to shoot and slice their enemies, and to collect weapons from fallen foes. But unlike traditional strategy games, SUPERHOT does not offer regenerating health bars or convenient ammo drops. It also puts players outnumbered and outgunned.

PrevPreviousWhat Games Are on Apple Arcade?
NextCan You Play Pokemon GO on iPhone?Next