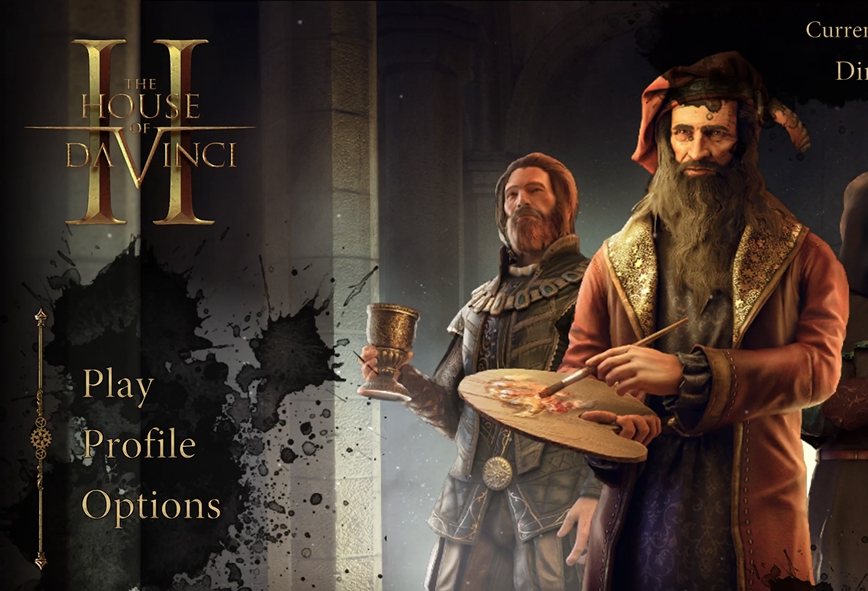 Using the newest technology, The House of Da Vinci 2 is an innovative game that allows you to play in the Renaissance style. It’s a fun way to explore the ancient world, and the puzzles are easy to follow. With over 100 levels, you can get lost in this immersive experience. This game also has an impressive level of detail, allowing you to explore the various aspects of the Renaissance world. Whether you’re a beginner or expert, you’ll enjoy this game.

Developed by Blue Brain Games s.r.o., The House of Da Vinci 2 is a first-person puzzle game that requires a lot of tapping. Players have to move levers and interact with objects by tapping, tapping, and more tapping. The puzzles are not too difficult. However, they do require a lot of attention and are best played on a large screen.

The House of Da Vinci 2 has a 4.6 star average user rating. It’s currently one of the best Puzzle games on the Google Playstore. It has a unique graphical style, as well as competent voice acting and nicely animated cut-scenes. The game is also free of ads and artificial microtransaction paywalls.

The House of Da Vinci 2 is reminiscent of The Room, a seminal mobile game that won tons of awards. The Room is a game that lets you interact with objects by tapping, tapping, and even sliding them. It also won the New York Video Game Critics Circle award. The Room is also notable for being one of the first mobile games to use touchscreen controls.

Developed by Slovak indie studio Blue Brain Games, The House of Da Vinci 2 is the sequel to their popular puzzle game. This sequel features an interesting, challenging gameplay, as players need to solve a series of puzzles in different rooms of the house.

The first trial is to solve an intricate labyrinth. The puzzles require acute observation, and can be challenging to figure out. To help, the game provides a hint system, with three hints for each section.

You can get more hints by exploring every nook and cranny in the house for anomalies. When you pick up an object from the past, it will affect the puzzles you are attempting to solve in the present.

You can use the Oculus Perpetua device to travel backwards in time, which adds another dimension to the puzzles. The device will also change scenery, which is helpful when you’re interacting with objects.

Besides a decent graphics card, The House of Da Vinci 2 game requires a decent amount of free disk space. While the game doesn’t need a massive amount of memory, game developers recommend a system with at least 8 GB of RAM. A GeForce GTX 970 is a decent pick, but you can’t go wrong with an ATI FireGL V7350.

Several puzzles abound, from the tricky to the mind boggling. There is also a slew of new locations to explore, including the famous hall of mirrors, the artist’s studio, and the sand castle. These additions are all well worth exploring.

The House of Da Vinci 2 is one of the most immersive puzzle games you’re likely to experience. This is partly because it is set in a real life house, and also because it has a well designed story. You play the role of an apprentice to the legendary Leonardo Da Vinci. You will be expected to solve puzzles, find hidden objects, and learn about the house’s secrets. The game’s puzzles are often based on the artist’s ideas and inventions.

Similarity to The Room

‘The Room’ is a great video game. It’s a fun puzzler that’s not too difficult. However, it’s not for everyone. Some players might find it too challenging.

There are more than a few video games that play in a similar vein. These include the ‘The Room’ games, the ‘The Eyes of Ara’, ‘The House of Davinci’, and the ‘Legacy’ games. Each of these games has something to offer and each of them is fun to play.

The ‘The Room’ game is a puzzler, while the ‘The Eyes of Ara’ is an adventure game. In ‘The Room’, players have to figure out what is in a box that is 10 by 10 feet. This is the game’s main attraction, but it isn’t the only reason to play it.

Whether you’re a fan of Da Vinci’s Code or you just want a new puzzle adventure game to play, The House of Da Vinci 3 is a good choice for you. It’s a three-dimensional puzzle adventure that tells the story of Leonardo da Vinci in a unique way. The House of Da Vinci is available on iOS and Android devices. You can pre-order it on the App Store for $5.99, and it will be coming to the Switch, Mac, and PC in the coming months.