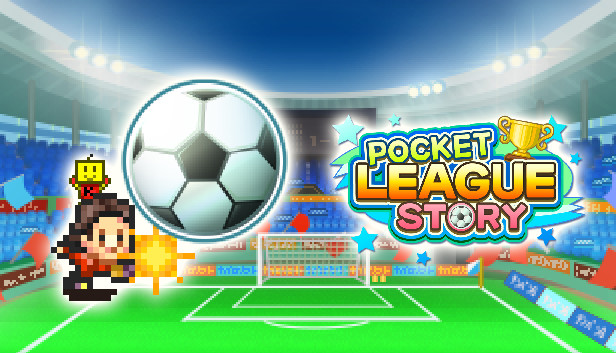 The latest release by Kairosoft, Pocket League Story, is a great new game that is perfect for anyone looking for a casual sports simulation. Its simple graphics and addictive gameplay make it a hit with the casual gaming crowd, and the off-beat humor that comes along with the storyline will keep you coming back for more.

Pocket League Story is a Kairosoft game. In this management sim, players must recruit, manage, and train their football team. Players can also hire new managers to unlock special team formations. They can also build gyms, restaurants, and other facilities. The goal is to make money and improve the team’s reputation.

It is possible to play on your own, but you can also play online. You can sign up for multiplayer matches, but it requires a nine-digit code. You can also buy and sell merchandise to raise money.

If you like sports sims, you will enjoy this game. It is very simple to navigate. Although it lacks the depth of a football game, it is easy to get into. There are no ads to distract you, and it is a perfect way to pass a spare minute.

It has a good multiplayer mode. Unlike most mobile games, Kairosoft does not require you to purchase premium currency to advance. Instead, you can play the game for free.

One of the coolest apps to hit the iPad and iPhone has got to be Pocket League Story. The new version is a free to play football management game that allows you to take on some of the world’s best. It’s a bit like a Nintendo arcade game, with some razzle dazzle graphics, and a few nifty features. If you’re into football, the Pocket League Story is a fun way to hone your skill set, while getting your friends involved in the act. You can even land yourself some corporate sponsors. While it may be a bit of a slog to get your first score, it’s well worth the effort. A good strategy guide will help you navigate the land mines and make the most of your newfound status as a premier football savant.

There’s no shortage of other games to consider, but the Pocket League Story stands out among the pack as a worthy contender for your next game night. The best part about it is that you can play it on your own or with a friend or two. This is especially true on the go, where you can play it on the train to work.

If you’re looking for a football simulation that is easy to play and has a high degree of fun, look no further than Pocket League Story. It’s also an excellent choice for players who have never tried kicking a ball before.

Pocket League is an addictive, free-to-play game from the team that brought you Game Dev Story and Hot Springs Story. It puts you in charge of a local soccer club. With the ability to play matches, sell merchandise and recruit new members, you’ll have the chance to helm the best team in your city.

Aside from playing the game itself, you can boost your team’s stats by putting training techniques into practice. Your players can also use the Aura gauge to supercharge themselves for a limited time. You can also hire new managers to give your squad an edge.

Pocket League Story takes a lot of its inspiration from the traditional sim game, but offers a much more streamlined experience. As your team improves, you can choose from a number of different formations to better suit your style.