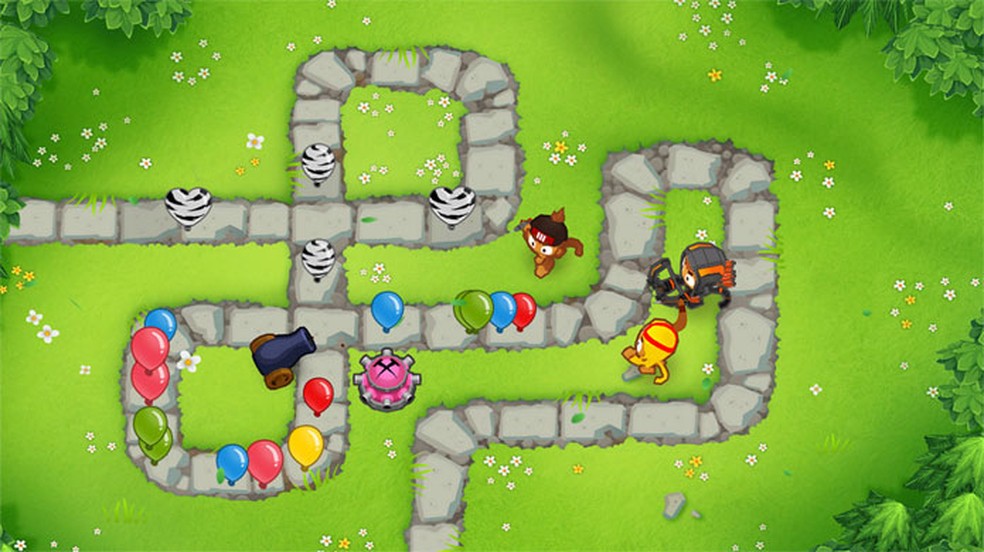 Developed by Ninja Kiwi, Bloons TD 6 is the sixth game in the Bloons TD series. It was released for iOS, Android, and Microsoft Windows in June 2018. In addition, it was later ported to Steam and macOS in March 2020.

Featuring a new four-player Co-Op mode, Bloons TD 6 allows players to join together and defend the tower. The mode is available on PC, iOS, and Android. The new feature is supported in Bloons TD 6’s latest update. The update includes a new map, 20 upgraded maps, two new splits, and a bunch of new content.

Among the new content, the game has received a new skin for Captain Churchill and Sentai Churchill, along with a new skin for Benjamin. The 5-5-5 True Sun God now has a new portrait. In addition, the Dark Castle background music has been changed from Sunset Samba to Tribes and Tribulations.

There are two new tools in the Sandbox mode: one for resetting cooldowns and another for resetting damage counters. These tools will be available in the final version.

The game is available for both Android and iOS smartphones. It is available in a number of modes, including Co-Op Mode. It can also be played in multiplayer mode with up to four players.

The game uses a new line of sight mechanic. This allows obstacles to block the line of sight of the monkeys, making it vital to place towers.

Bloons TD 6 comes with three different upgrade paths. You can choose to upgrade your towers with the money earned by popping Bloons. You can also purchase new towers and skins with the money you have collected.

The Bloons TD 6 update is now rolling out. This update will introduce new Bloonarius, Super Monkey, and Boomerang Monkey, as well as various changes to the game. This update is available for all players, including the free version.

Bloons TD 6 is a game that is popular with a lot of active players. However, this game has a number of bugs. If you are having problems with this game, you should try to restart your device and check for updates. The developers, Ninja Kiwi, are trying to fix these bugs.

Ages Nine and Up

Originally released on June 13, 2018, Bloons TD 6 is the sequel to the popular Bloons TD 5. It is available for mobile and desktop versions. It is a three-dimensional tower defense game with a unique focus on strategy.

Bloons TD 6 is available for $4.99 in the App Store and Google Play Store. Parents should be aware of in-app purchases, which can range from $0.99 to $19.99. It is recommended to disable in-app purchases, especially for younger children.

Getting the most out of Bloons TD 6 is all about a little strategy. This is a three-dimensional tower defense game, where the goal is to protect the path to the finish line from bloons. You can build a variety of towers, including a bomb tower, which sends bloons to the opponent’s location.

Bloons TD 6 has a lot to offer, including more than 20 towers and 40 levels. The game also features a skill-based matching system, which automatically matches players of the same skill level.

Bloons TD 6 also supports cross-play, which allows players to play on either the mobile or PC versions of the game. The game is also compatible with a variety of platforms, including Windows, Mac, and Linux. You can also play with other players in Co-Op Mode, which requires an invite code.