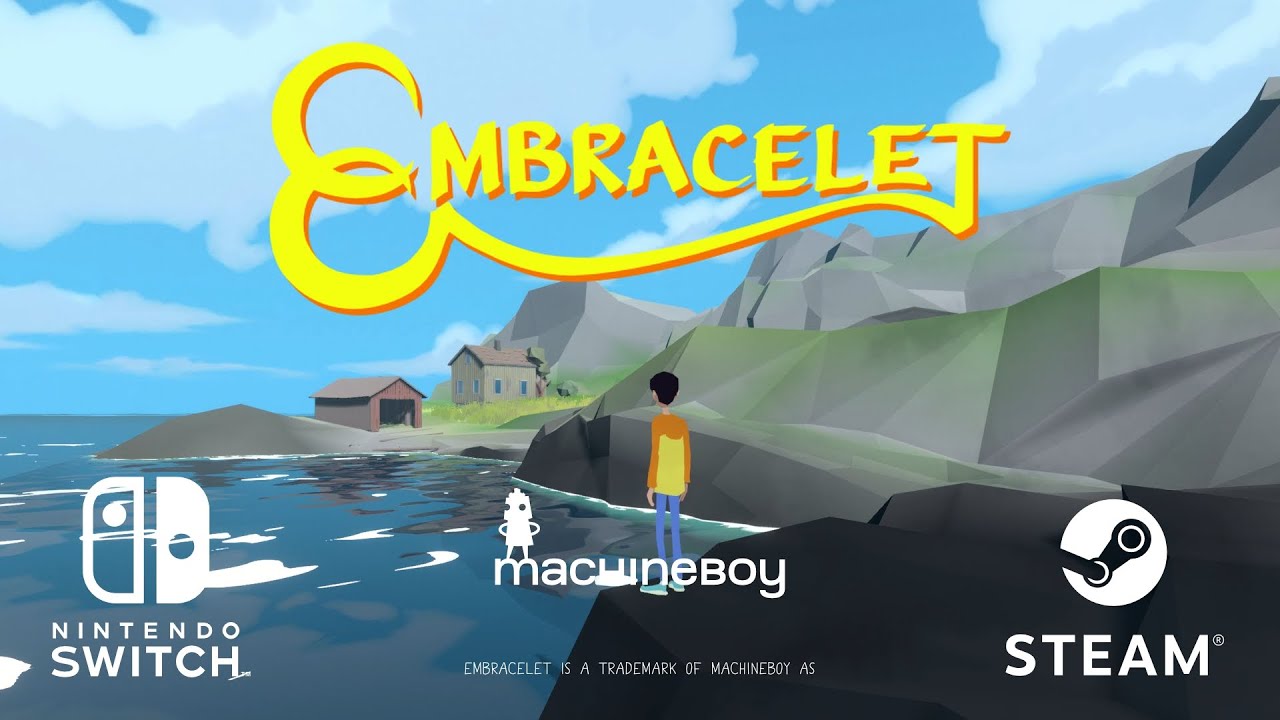 Embracelet is a game that offers a lot of fun for all ages. The game can be played in a variety of different ways, and the controls are easy to learn. The storyline is also quite interesting, and the visuals are quite beautiful. There are some minor issues with the game, but overall it is a good way to spend a few hours with friends.

Embracelet is an adventure game about the story of a young boy who travels to a remote Norwegian island. The game is a coming-of-age story and tackles existential fragility and alienation.

The story revolves around a 17-year-old boy named Jesper who lives in Oslo, Norway with his mother. When his grandfather falls ill, Jesper goes to visit him in the hospital. He also learns about his family’s history. He decides to go to the island where his grandfather grew up.

After arriving on the island, Jesper meets two kids: Hermod and Karoline. They are both around the same age and have a strong sense of belonging to the island.

Jesper learns that his grandfather gave him a magical bracelet. The bracelet allows him to manipulate the physical world. However, he doesn’t know how to fully utilize its powers. He must return the bracelet to the island and unravel the mystery. The game features many puzzles and objects to aid him in this mission.

Embracelet is a story-driven point and click adventure game. It is developed by Norwegian developer Machineboy and is available for the Nintendo Switch and Steam. The game focuses on a young Norwegian teen named Jesper. He is an unhappy kid, with few friends and little direction in his life.

Embracelet features an interesting storyline and interesting characters. The game explores themes of loss, magic, and social commentary. The game takes place on a small Norwegian island, and the protagonist needs to discover the origins of a mysterious bracelet. The bracelet gives him the ability to move objects with his mind.

The bracelet is also used to lift heavy objects. There are puzzles in the game that revolve around the strength of the bracelet.

Embracelet is a low-poly 3D point-and-click adventure game. It is made by a Norwegian developer called Machineboy. It is available on Steam and Nintendo Switch. It is a story-driven adventure game about a teenage boy’s quest to retrieve a magical bracelet from a remote Norwegian island. It also explores themes of maturity, love and identity.

Embracelet’s aesthetics are beautiful and intriguing. The game’s art style is very unique. The characters are colorful and the scenery is breathtaking. It has an overarching optimistic tone that heightens the mood. Its puzzles are interesting and the story is well-developed. The story is told from the point of view of a young boy who has just completed his penultimate year of school.

One of the most interesting features of Embracelet is its magical bracelet. Players wear a bracelet that can be used to move heavy objects and pick up objects. The bracelet also has telekinesis powers. It is a very satisfying mechanic, though setting it up is a little tricky.

Embracelet is a touching, narrative adventure game set in Northern Norway. It is the coming of age story of a 17 year old boy named Jesper. Jesper’s grandfather gives him a magical bracelet, which gives him the ability to manipulate the world. He must promise not to use the bracelet on anyone else.

The story is told through a series of small dramatic reveals. The game is mostly about heartwarming character moments. However, it also tackles a wide range of adult themes.

The game is a coming of age story about a boy who travels to a small island to retrieve his grandfather’s bracelet. In doing so, Jesper discovers that the island is in trouble. The community is in economic decline, and most of the inhabitants have been replaced by larger companies. Jesper has to help solve the problem. In the process, he learns more about the history of the island and its inhabitants.

Embracelet is an adventure game set in Norway. It tells the story of Jesper, a seventeen-year-old who travels to the island of Slepp to learn more about his family’s past. In doing so, he discovers a mysterious bracelet with magical powers. The bracelet allows him to interact with the environment. He must solve puzzles using the bracelet’s powers to find out more.

The game is designed to be a heartwarming adventure. The story is focused on the mythical bracelet and the mysterious island it lands on. The game uses simple modes of interaction and tap-based investigation mechanics to explore the world.

The game’s characters are rendered in 3D and come with an appealing retro aesthetic. Their interactions are well-written.

The game is a mixture of a walking simulator and environmental puzzle game. The player uses a virtual joystick to interact with objects and platforms, which requires them to evaluate the environment.