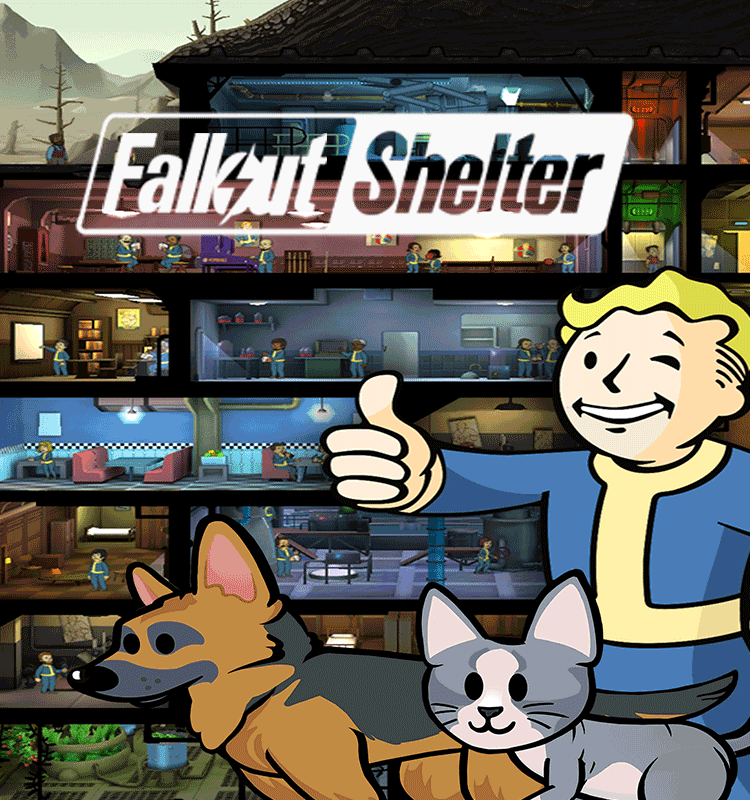 Whether you’re a fan of Fallout games or you just want to get into it, you may want to check out Fallout Shelter on your iPhone. You can find out more about the game and its availability in the App Store.

Specs of the game

Fallout Shelter is a post-apocalyptic building game that allows players to create and manage a vault. The vault is home to an underground society that includes food-preparation areas, power plants and water-filtering stations. You’ll need to manage your vault’s dwellers, as well as their supplies and loot.

In addition to the usual vault management, Fallout Shelter also features a number of other features. For instance, players can train special stats for their dwellers. You can also send your dwellers on missions to collect loot. These are all features that make Fallout Shelter a fun game.

During Bethesda’s E3 press conference, it was announced that Fallout Shelter, a free-to-play game set in the Fallout universe, was coming to iOS and Android devices. The game will allow players to manage an underground Vault as an Overseer. They’ll be in charge of maintaining the community of survivors, as well as sending their Dwellers on missions.

Fallout Shelter is free to play and offers in-app purchases for additional features. The game also uses a non-exploitative in-app purchase system, so there are no annoying paywall timers. It is a great choice for casual or hardcore players.

It is the first mobile game set in the Fallout universe. Fallout Shelter uses the post-nuclear strategy game genre. It allows players to build a vault dwelling. Each room needs a specific SPECIAL skill to run at maximum efficiency. There are 23 buildable rooms, and they start at tier one. The player must add more rooms and increase the size of the vault. As the vault grows, the rooms will take longer to produce. The player also has to manage the number of dwellers that live in the vault.

Compatibility with iPhone 5 and up

Originally announced at E3 2015, Fallout Shelter for iPhone and iPad is now available for download. This new mobile game lets players build a vault in the Fallout universe and oversee the vault’s inhabitants.

The Fallout Shelter app puts players in the role of a Vault’s Overseer, whose duties include ensuring adequate water and food, maintaining a safe place for dwellers, and defending against a radioactive wasteland. It’s a simulation game like SimCity, FTL, or XCOM. It’s free to download and play. There are in-app purchases, which give you additional items and upgrades.

Fallout Shelter has a lot of things to offer. For starters, players can create new quarters and entertainment rooms. Players can also acquire weapons and outfits. They can get these items by exploring the Wasteland.

Managing your dwellers and exploring the Vault is a major part of Fallout Shelter. You can send your dwellers on missions and explore buildings to gather loot and rare items. The more missions you do, the better chance you have of getting a free lunchbox.

The latest update for Fallout Shelter on iOS and Android adds more quests. These quests can be dangerous. They generally involve a room fight, where you need to kill someone. However, sometimes these quests are part of larger story lines.