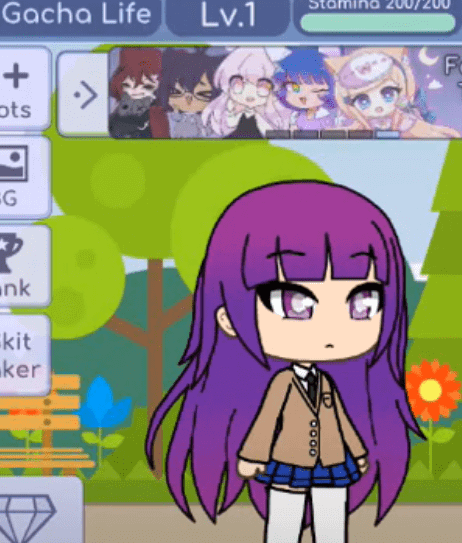 Gacha Life is a game designed for both adults and children. It allows players to create their own characters and then try to get them to win the game’s prizes. Players can even use ads to earn additional money. However, this game is not suitable for children under 13 years of age and it should be supervised by a parent or adult.

Gacha Life is a game where you can create your own characters. You can choose their outfits, colors, and personalities. There are also different accessories to choose from.

The game is available for Android and iOS devices. Besides making your own anime-inspired characters, you can play different mini games. It is a good way to pass time while having fun.

The main feature of Gacha Life is its Studio Mode. This feature allows you to customize the appearance of your character and even make a scene. In Studio Mode, you can upload your video to YouTube.

Another fun feature of the game is its Life Mode. In Life Mode, you can interact with the characters and other non-playable characters.

When you’re ready to level up your character, you can use the Training mode. Tower Mode is a battle mode where you fight with elemental creatures.

Gacha Life is an interactive simulation game that lets you create your own characters. You can dress them up, change their hairstyles, change their clothes, and even choose accessories for them.

The game offers various modes, including life, studio, and mini games. In life mode, you can interact with other players, as well as meet many in-game NPCs.

The studio mode allows you to design your own scenes and stories. This mode is best for those who like to experiment with their creativity.

As you progress in the game, you can unlock gifts for your characters. They can then be used to buy new accessories or complete quests.

Gacha Life is a fun game for anime fans. The colorful graphics are cartoon-like and the gameplay is easy. It’s free to play. However, it’s recommended that you have a parent with you when you play.

Gacha Life is an interactive roleplaying video game. It features a variety of games and mini-games that allow you to create your own avatar and explore various areas. The game even has a chat feature. However, there are some concerns surrounding the ads in the game. Specifically, they can be quite depressing.

Thankfully, the game’s creators took steps to address the complaints. They have updated the game to include new items, poses and costumes. In addition, the company has released an app for iOS. This is a great way for parents to monitor their kids’ activities.

Although it isn’t a miracle worker, the game can be a hit with children. A popular fan base is made up of young kids and pre-teens. You’ll find many YouTubers making videos featuring this game.

Gacha Life is a popular game that is often played by primary school children. This game is designed to improve coordination and cognitive abilities. It also encourages players to express their creativity. You can create your own scenes and choose outfits and accessories for your characters. The game also has an in-app chat feature.

Gacha Life is available for Android, iOS, Windows, and as a demo PC version. You can download it for free. However, there are many concerns surrounding this app. Some parents have complained about the user-friendliness of the app.

In order to protect your kids from the possible harm that this game can cause, it is best to set limits on the amount of time they can spend playing. Similarly, make sure to keep them away from the creepers that lurk in the app.

Gacha Life is an app that lets kids create manga characters to play games. Its features include customising character appearances, adding accessories and props and creating storyboard scenes. The game has eight mini-games.

While the game is fun, some parents worry about safety. There have been reports of children getting contacted by strangers while playing the game. Some kids have been asked to send topless pictures of themselves, while other scammers have sent inappropriate pictures for age verification.

Parents are advised to monitor the activity of their children while playing the game. They should also educate their kids on the importance of online safety. If they find that their child is chatting with a stranger, they should take action.

As with most games, the main audience for Gacha Life is children. In addition, the game’s community encourages pedophilia, bullying and other harmful acts.

PrevPreviousWorld of Goo Game Review
NextRope and Demolish on iPhoneNext