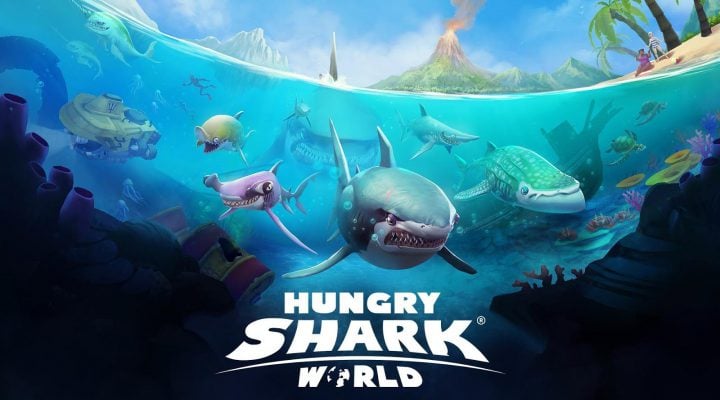 If you’ve seen the game “Hungry Shark World” at a local arcade, then you’ve probably wondered if it’s worth your time and money. While the game is very fun, it’s also extremely violent, and it can be hard to take the plunge into the world of the game.

The sixth installment of the Hungry Shark series is finally available for the Nintendo Switch. This arcade-style RPG offers a range of missions and challenges. Each mission rewards players with gold and gems, which can be used for premium items.

As with all games in the Hungry Shark series, this title features sharks that you’ll need to control. You can do so using your left analogue stick. There are several species of sharks to choose from, including the Helicoprion, Echo, and Mosasaurus.

Each creature has its own unique abilities. These abilities can be upgraded as you play. They can help you increase your stamina or boost your speed.

The game is split into sessions, with each session starting with your shark falling from the sky. The goal of the game is to consume as many marine creatures as possible. For each creature you eat, you will gain a multiplier, which helps you score more. However, if you don’t eat enough, your multiplier will expire.

The Hungry Shark World Missions system in the game offers players 20 different types of missions to complete. These missions vary in length, difficulty, and mission type. They can be completed online or offline. You can also unlock pets to help you on your quest.

To complete a mission, you can purchase items or use your shark pet. Each shark has a set of objectives that range from eating a specific number of fish to finding letters spelling HUNGRY on the map.

There are also special abilities available for each shark. These abilities increase its health, speed, and bite. Some abilities also give players a bonus to their score.

In addition to these special abilities, there are more than 15 shark species to unlock. Each species has its own strengths and weaknesses. Several missions are also available that require the player to unlock specific sharks.

The game is fun to play. However, you can get bored after a while. It’s a good idea to make sure you keep a close eye on the progress of your missions. This will give you a sense of how far you have come in the game.

Are you a parent of a child who is eager to play a violent video game? If so, you might want to consider Hungry Shark World. It offers cartoon violence with realistic consequences. In addition, it comes with a wide variety of extra features, including smoother controls and hundreds of additional options. You can even disable blood effects.

The game contains frequent, intense cartoon violence and blood. When your enemy shark attacks, you will experience screams and crunching noises. You can also gain in-game currency by eating prey. However, some prey are passive and others are extremely violent. For example, narwhals attack in groups, which can stun or damage your shark. This game is not recommended for younger children, as they may not have the maturity to handle this type of situation.

To help you avoid this type of scenario, you can set up blood particles and no blood mode. Also, be sure to monitor your child’s response to the violence. A child who is unable to tolerate the cartoon-style violence of this game should not be allowed to play.