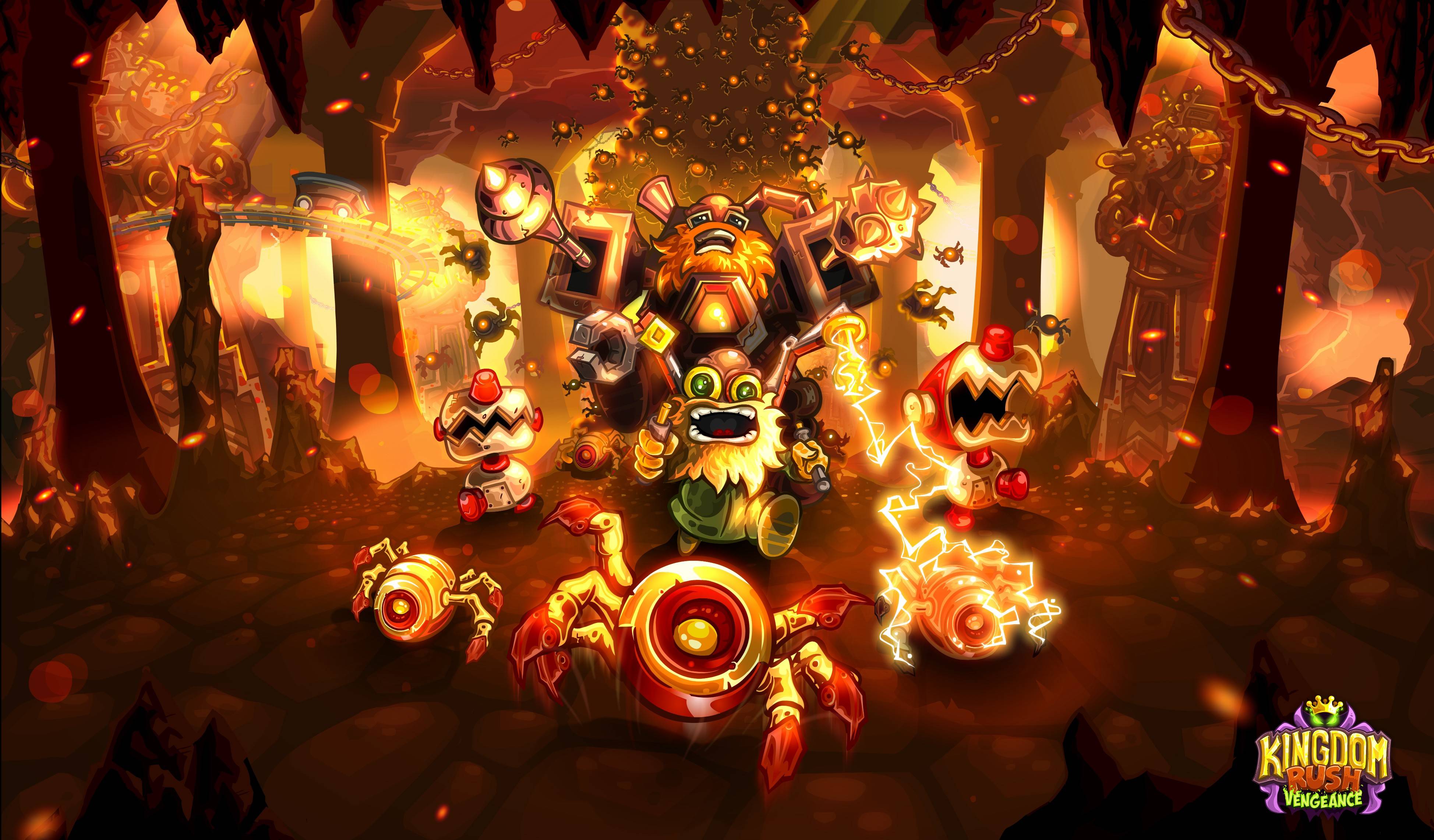 Whether you’re a veteran of the Kingdom Rush series or looking for a new game to play, you should consider taking a look at the new game, Kingdom Rush Vengeance TD. While this title has many similarities to other games in the series, it also has some unique features that set it apart.

Requires you to pay to buy new heroes

Unlike previous games in the Kingdom Rush series, Vengeance is a single-player game. It is a tower defense game that features a large array of specialized towers. These towers are used to attack enemies and defend your kingdom. Each of these towers is unique and has special powers. You can upgrade them to increase their abilities.

Players are able to purchase these items with premium in-game currency called Gems. Some of these items are also available through in-app purchases. In addition, some of these items can freeze or stall enemy heroes, which will help prevent them from attacking you.

The first three games in the Kingdom Rush franchise were all free-to-play. The third and fourth games required players to purchase certain heroes. This was done to make the game more enjoyable.

The fourth game, Vengeance, is considered the best of the series. This game includes more heroes, more towers, and more content. However, this version is unbalanced and contains weak characters.

Has no autosave feature between waves

Developed by Ironhide Game Studio, Kingdom Rush: Vengeance is a tower defense game that features a variety of tower defense types, an impressively sized list of in-game upgrades, and a unique art style. It’s also a lot of fun, and can keep you occupied for hours on end.

As in previous games in the series, the hero system combines combat operations with building and upgrading towers to stall enemies before they can reach the path. Each hero has their own abilities, and each one has a few cool tricks up their sleeve.

The hero system is an excellent example of the game’s interactive gameplay. Each hero gains experience as the level progresses, which can be spent on new items or upgrades. There are three spells in the game, and the third is determined by which hero is chosen.

The game uses gold as its currency, and the hero system is a clever way to get more of it. Each hero levels up as the level progresses, and each level provides a quota of gold. In order to level up faster, you can spend gold on upgrades.

Unlike other tower defense games, Kingdom Rush Vengeance offers players the ability to create and control their own evil army. The goal of the game is to destroy the enemies before they reach their path.

The game features over 35 dangerous enemies and a number of different levels. Each stage has pre-set locations for building and paths for enemies. Each stage also contains a set amount of gold for the player to begin the level. If the player fails to defeat a certain amount of the enemies before they reach the path, the level will end and the player will lose.

The game features a variety of different types of towers. These towers have special abilities and can be upgraded to increase their power. These are then used to fight the enemies. Using these towers, the player can also train legendary heroes. Each of these heroes can help protect the kingdom from the enemies. The player can purchase items in the store to stall and freeze the enemies.

Introducing the latest entry in the beloved series, Kingdom Rush Vengeance is a tower defense game that offers more fun than ever before. Players face off against various enemies, and train new heroes to combat them. It also features unique powers and 16 new towers. In addition, it includes 30 upgrades, over a dozen trinkets, and more than 60 achievements. It’s available for iOS and Android, and for PC.

The game features colorful and stylized graphics that add characters to each map. It uses an isometric perspective and requires players to carefully choose strategies for each level. Each tower has its own set of abilities and weaknesses. These abilities can be combined to develop powerful new powers. The game has two modes: TD+, which lets players unlock more towers and abilities in-game, and TD, which requires players to defend a single tower.

Players will face off against forces of good and evil in epic wars. They can recruit legendary heroes and use their special moves and powers to defeat the enemies. In addition, they can buy single-use items with gems.