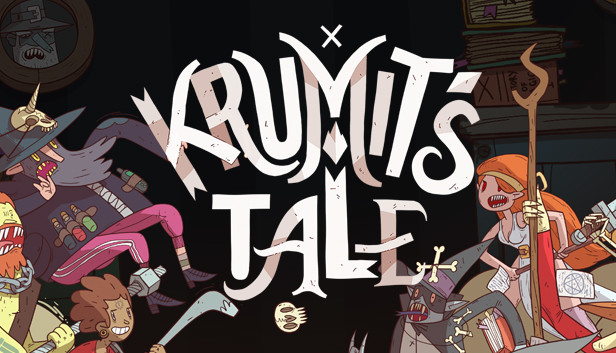 Whether you’ve already purchased Meteorfall: Krumit’s Tale on iPhone or you’re waiting for the game to be available on the App Store, there are some things to keep in mind. These tips can help you decide whether or not you’ll purchase this game, as well as what you can expect from it.

Whether you’ve already played Meteorfall, or you’re about to start, you may be curious about how the gameplay works in Krumit’s Tale. A card-based roguelike dungeon crawler, Krumit’s Tale offers a different twist on the genre.

In Krumit’s Tale, players must choose their character, weapons, and spells, and then clear out the dungeon. Then, they can upgrade their deck with new cards and perks. Each dungeon is arranged on a 3×3 grid, and players must remove cards from the deck and clear out the enemies in order to progress.

Krumit’s Tale’s introductory sequence is filled with animated expressions of intense emotion. You’ll also be introduced to a mysterious shop owner, Krumit, who trades in magical artifacts. In this game, the fate of the world is in your hands.

Amongst the many different games available on the iOS App Store, Meteorfall: Krumit’s Tale stands out. The game is a unique combination of turn-based strategy and deck building. The objective is to complete the dungeon, which is accomplished through the defeat of enemies in a 3×3 grid. Unlike traditional RPGs, the player is not dealt cards, but rather buys them with money.

While Krumit’s Tale is easy to play, it can become frustrating at times. The strategy involves weighing risks and rewards, and making careful decisions about how to use cards. Each card is used for a variety of different things, such as attacking monsters, collecting currency, or choosing a potion to heal your hero. The game also features a shop where you can buy more powerful cards.

The art in Krumit’s Tale is beautiful, and it makes this game a pleasure to play. The game also has a wide variety of different game modes, which makes it easy to get lost in the strategy. The depth of the game means that you can spend months strategizing and refining your strategies.

Amongst the thousands of new iPhone apps released every month, Meteorfall: Krumit’s Tale stands out. The card game is not only a fun and whimsical take on the traditional card game, but it has been cleverly designed to work seamlessly with iOS 5.1. Moreover, it is one of the few iPhone games that is worth the price of admission, which is not easy to do these days. The game is also worth the price of admission for its stellar graphics, stellar sound quality, and an entertaining cast of characters. It is easy to see why Krumit’s Tale is the newest and best mobile card game in the iOS stable. For those who are more tech savvy, you can purchase a copy of the game on iTunes today.

Earlier this year, Slothwerks released its roguelike deck building game Meteorfall on iOS. The company announced that they’re currently working on a sequel to the game, which will be coming out for both iOS and Android devices. The sequel will feature the same cast of characters, but will also include new game modes.

The game’s developers have revealed that the game will be heading to Early Access on Steam in about six to twelve months. They also revealed that the game will support iCloud saves, which will allow players to play their saved game across multiple devices. Those who want to be notified about Early Access releases can sign up on the game’s Steam page.

The game’s mechanics work similarly to other deck building games, but Krumit’s Tale features unique abilities. For example, players can upgrade their deck with new cards, allowing them to use perks like buffs, magic abilities, and shields. They can also purchase new cards with gold they earn by defeating enemies.