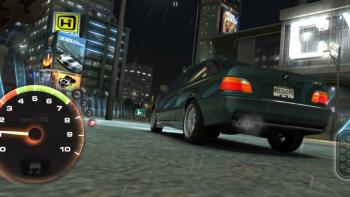 Need for Speed No Limits is a fun racing game with a lot to offer. Its graphics are great, its controls are accurate, and it has a nice single-player mode. However, it can also get a bit grindy with gatekeeping.

Need for Speed: No Limits is a racing game that is available on mobile platforms. Players can customize their vehicles and take part in different races and events. However, they must also play against other players and the game’s AI.

The game is available on iOS and Android. It features a huge open-world map and an abundance of cars. The game has a single-player campaign mode, which allows players to compete against real-life drivers. Besides that, there is an extensive multiplayer mode as well.

Need for Speed: No Limits is praised for its well-designed levels and smooth driving. Players can apply different paint colors and styles to their vehicles.

Need for Speed: No Limits also features a huge selection of supercars to choose from. As well as that, there are several different single-player races and events. In addition to that, the game has a unique pay-to-win system. You can win coins to buy new vehicles and upgrades.

Need for Speed No Limits is an excellent mobile racing game. It offers great graphics and a number of unique features. In particular, the game’s ability to upgrade and customize cars is impressive. Unlike most games in the genre, you’re never stuck with one vehicle to play with, but you can use your earned currency to buy a different car each time you go racing.

One of the best things about Need for Speed No Limits is the sheer quantity of races and levels it offers. There are more than 1,000 available. You’ll find underground and street races as well as other challenges and missions. For instance, there are events that award you with rare items. Other events may offer you extra rewards, such as Solenoids.

Unlike most mobile games, Need for Speed No Limits is very polished. The controls are easy to follow. To activate nitro and drifting, you simply swipe up or down on your touchscreen.

Need for Speed No Limits is one of the best racing games you can play on your mobile device. The game features high quality graphics, a wide variety of levels, and straightforward controls.

The game is based around an underground street racing career. Players must complete races while evading law enforcement. As they progress, they’ll encounter more advanced cars and events, as well as a higher level of difficulty.

There’s also an option to purchase upgrades. This is not mandatory, but will allow you to earn more points and improve your car’s performance in a quicker manner.

It’s important to note that these parts are not randomized. However, they can prove difficult to obtain. Some of the items you earn will only be useful if you use them correctly.

Whether or not you are playing the latest iteration of the Need for Speed franchise, you will likely have the opportunity to participate in a few of the more egotipic contests. This may include a group of gaming enthusiasts that are looking for the best and biggest of the bunch, albeit not without a few hiccups. It is probably a good time to grab a few cocktails and find out what’s what. The following are a few of the best. For the lucky few, the following is a fun and exciting time for everyone involved. While not every one is a member of the gang, the following are a few of the sexiest fliers.

If you are looking for a good racing game, you should consider Need for Speed No Limits. But, there are plenty of limitations that you must overcome.

The first thing you should know is that NFS No Limits is a free game. However, it has some in-app purchases that you can buy. These include: Gold, a car, and a specific color. You can also use gold to refill your Gas Timers, which will automatically refill once you rank up.

One of the biggest drawbacks in Need for Speed No Limits is the core loop. In the core loop, you can replay old races. This is actually quite boring.

Another drawback of Need for Speed No Limits is the gacha infused metagame. Although the gacha is a fun way to find new cars and parts, it can be a bit frustrating. For example, you can earn common springs and other parts without any real benefit.