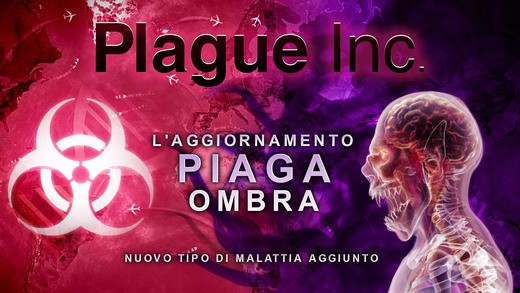 Whether you are a die-hard gamer or just enjoy the thrill of a good board/simulation game, you might want to check out Plague Inc., a new app released on the iPhone. Although the game has been banned in China, it is still available for sale in the App Store outside of that country.

Game is a board/simulation game

Developed by Ndemic Creations, Plague Inc. is a virus simulation game that lets players create and control a disease that threatens the planet’s human population.

The game begins with a single virus spreading throughout the world. Each player has three options: to kill all of the humans, to cure the disease, or to try to spread the disease to other areas.

The player must work against a team of disease fighters, who are sent to different regions of the world to try to stop the outbreak. The player also must research medicine for a vaccine, create furlough schemes, and implement lockdowns. In addition, the player can also make improvements to the symptoms of the disease, as well as improve transmission.

Developed by Ndemic Creations, the game has gained a lot of attention. It’s a simulation game that simulates how diseases can spread around the world. Players can either create a new disease or use an existing one. They also have the option of creating a bio-weapon or a fungus.

Players start with a bacterial strain and gradually evolve it into a virus. They can add defenses and symptoms to make the disease more deadly. The goal is to infect the whole world, or at least enough of it, to make sure that humanity is wiped out.

Plague Inc: Evolved takes the original concept and adds a realistic world, as well as competitive multiplayer. It uses real world data, like weather patterns and population trends, to simulate a world-ending pathogen.

There are 10 different types of plagues to choose from, and each type has its own unique tactics. For example, a fungus is more difficult to spread over long distances, while a bio-weapon is a good way to wipe out an entire nation.

It’s taken down from the App Store in China

During a coronavirus outbreak, the video game “Plague Inc.” shot to the top of the China App Store’s paid iOS games list. After reaching the top spot, the game was removed from the Chinese App Store. However, it is still available in the United States and other countries.

The game was developed by UK-based Ndemic Creations. It is a real-time strategy sim that tasks players with spreading a deadly pathogen. The game invites users to develop and evolve the pathogen to destroy the world.

The developers said that the game was pulled from the Chinese App Store because of illegal content. The game’s creators said that they were unaware if the removal was tied to the ongoing coronavirus outbreak. They also said that they did not know if the Cyberspace Administration of China was trying to manage public perception.

A recent feature on the game allowed players to create fake news stories. The disinformation factored into the simulated spread of disease in the game.

Almost eight years ago, UK-based Ndemic Creations released a game called “Plague Inc.” It was a real-time strategy game that simulates the spread of diseases. Players are given the task of spreading a disease or virus throughout the world, causing a global pandemic.

The game was a smash hit, reaching nearly 130 million users worldwide. It was one of the most downloaded games in China for years. It was also praised for its educational value. But it was removed from the iOS App Store last week.

Apple has not provided a clear explanation for the removal. However, the game’s creators say that it is unclear whether it was a result of a new coronavirus outbreak in China.

The latest outbreak, COVID-19, began on the first of the year and has since infected more than eight thousand people, leading to over two-hundred deaths. The outbreak is a concern to health authorities around the world.

Ndemic Creations said it had received a call from a Chinese government media ministry asking it to remove the game from the iOS and Android App Stores. It did so, according to a blog post by the developer.