Play and Learn Chess on Your iPhone 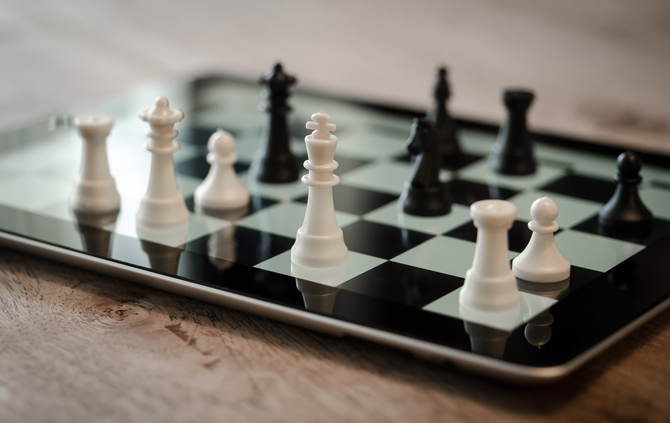 Whether you are just starting out or an experienced chess player, there are many great options to choose from when it comes to playing and learning the game on your iPhone. There are games that teach you the basics, and some that allow you to compete with others in the sport. Below you will find an overview of some of the more popular options available on the iPhone.

Having a chess app on your iPhone can be a very useful tool. Everyman Chess, a brand of the Play Magnus Group, has several titles available to purchase. They are a well-established publisher, and have produced a number of notable titles.

Everyman Chess has produced an app that closely mimics the contents of their books. The app enables users to read, play, and learn the basics of chess. There are a number of games available for play online, as well as five beautiful visual themes. It has an interface that is easy to navigate, and a number of 5 star ratings on the iTunes store.

The company has also produced a Chess Viewer, a chess e-book reader for iOS. This app can play pgn files, and has 300 titles to choose from. It can also be used as a chess engine, allowing users to play games and search through the pgn database.

Whether you’re an amateur or a professional chess player, Lichess offers a wide variety of options. The website offers correspondence chess, blitz and bullet chess, and rated tournaments. You can watch and participate in the games of top-notch players from all over the world.

There are three main components to the site: an ad-free environment, educational content from grandmasters, and free chess tournaments. Lichess has over 150,000 users daily. You can join the forums, interact with other users, and play live chess. There’s also a study tool that uses Stockfish 11 cloud engine to analyze games.

The study tool is easy to use and offers PGN downloads, embedded videos, shareable gifs, and a host of other features. You can also request a server-side analysis of a game.

Using Shredder Chess, you can learn how to play and analyze chess from the comfort of your own home. This app offers an unlimited database of chess puzzles and games and a virtual coach. You can play against Shredder in a local multiplayer game or use it as a study guide for complex positioning and chess openings.

Shredder is a chess engine designed by German programmer Stefan Meyer-Kahlen. He has a record of placing first at 12 world chess software tournaments.

Shredder Chess is available for both iPhone and iPad. It works without any noticeable lag and has a user-friendly interface. The app comes with a smart artificial intelligence engine that adjusts its playing strength to match your skill level. It also has a move puzzles and an opening book to help you improve your skills.

Whether you’re a seasoned pro or a complete novice, the Real Chess 3D – Play & Learn game on iPhone offers an entertaining and challenging chess experience. It’s easy to customize your pieces and board, and the 3D graphics make it feel like you’re playing the real thing.

You can play chess against the computer, against a friend, or on a multiplayer network. You can also choose from four different difficulty levels. You’ll find hundreds of chess puzzles to play through, including a chess game for beginners.

You can challenge the computer in a quick-start tutorial, or you can challenge other players from around the world. The app has a nice selection of games and levels, and the graphics are pretty good for a chess app.

Whether you’re a newbie or an expert, you can improve your game with the Chess Tiger – Play & Learn Chess game on iPhone. This chess app features a great chess engine that lets you play with or against your friends, while you learn chess moves and strategies. The app offers easy to understand options, as well as an intuitive interface.

Chess Tiger Pro is one of the most popular chess apps in the App Store. It has a powerful chess engine and over 14 board styles. It also features a coach to help you analyze your games for improvement. The pro version has unlimited moves, unlimited credits, and ad-free play.

Chess Tiger Lite has 21 challenging levels and a coach to help you improve your chess skills. The app also allows you to challenge your friends through the game center. The app also features an Undo Function and an in-game chat feature. The app includes more than 38,000 chess puzzles.