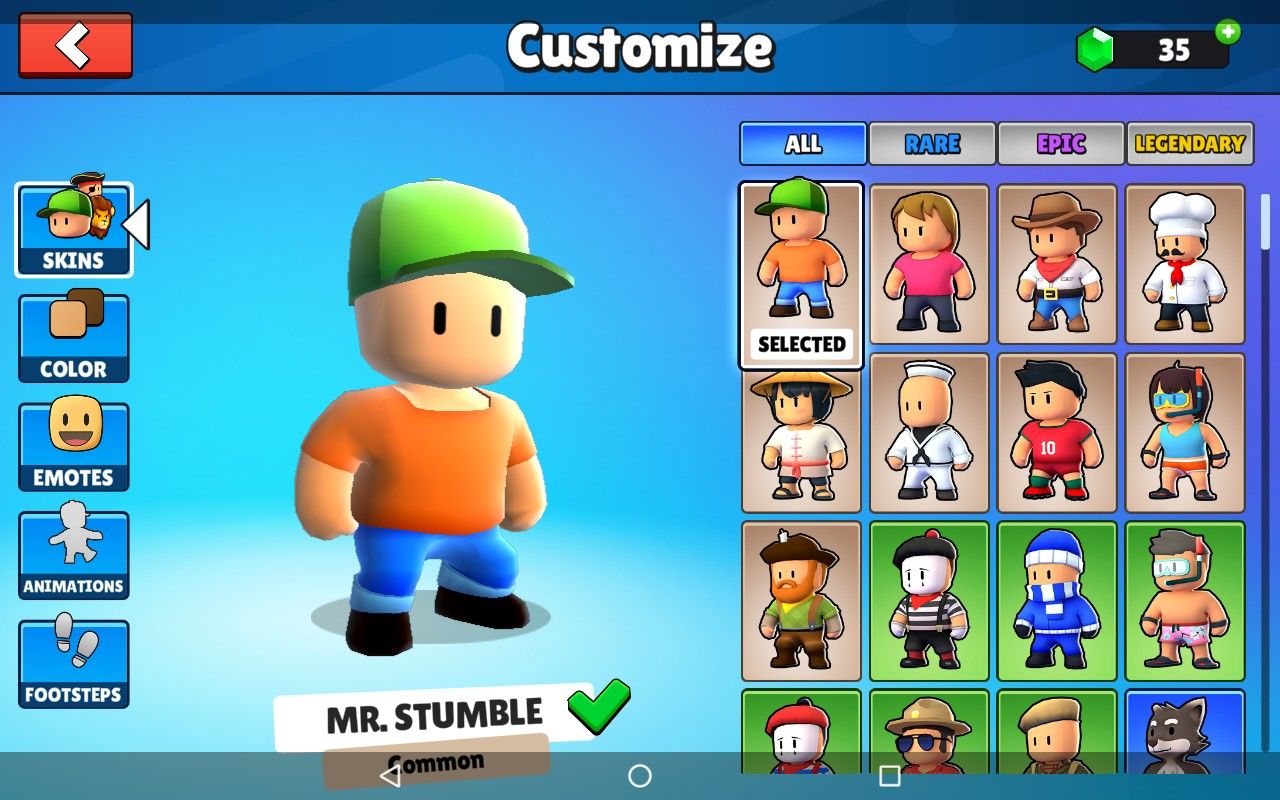 Introducing Stumble Guys, a game for the iPhone. It is a game that is similar to the Fall Guys game. It has similar sound effects and multiplayer. You can download the game from the App store, and you can even get free skins every day.

Besides the obvious mobile devices, there are now options to play Stumble Guys on PC. Chinese company Bilibili recently acquired the rights to publish a mobile version of the game in China in 2020.

Stumble Guys is a multiplayer action game where players compete in a series of obstacle courses and battle royale-style matches. The game is a blast to play with friends or to challenge opponents online. Using a virtual joystick, players move across the course with a nifty little trick.

The game is available for iOS, Android, and Windows. It features 17 obstacle courses, multiple levels, and battle royale-style matches. The games last for several rounds and end with one player left standing. Stumble Guys is a free download that is available from the App Store, iTunes, and the Microsoft Store.

Despite their similar names, there are actually quite a few differences between Stumble Guys and Fall Guys. Both games feature character customization, multiplayer modes, and a variety of minigames.

In both games, players can choose to dress up in different uniforms and skin tones. They can also select a Punch emote to knock their opponents back.

Stumble Guys and Fall Guys also share the same in-game store, where items are rotated. However, Stumble Guys also features the option to buy cosmetics for your character for an additional cost.

Those looking for a fun multiplayer game for iPhone can check out Stumble Guys: Multiplayer Royale. This game features colorful graphics and easy-to-use controls, making it ideal for playing with friends or strangers. Moreover, players can choose from a variety of customization options including outfits, animations, and footsteps.

Stumble Guys is a free-to-play game that is available for iPhone and iPad. It’s a runner game that encourages players to overcome obstacles. It can be played alone or with up to 32 players online.

The game has simple controls and a fun physics system. It also features obstacle courses that increase in difficulty. Players need to survive challenges to be the first one to reach the finish line.

Designed by Kitka Games, Stumble Guys is a multiplayer party game featuring fast-paced multiplayer action, fun physics and an obstacle course. Players race against 30 other players to be the first to reach the finish line.

Stumble Guys is free to download and play. However, in-app purchases can be made to unlock items that are locked to the game. These include skins and customisations.

The game features a fun physics system that allows players to cling onto a falling platform. They can then use the jump button to propel themselves forward.

Designed by Finland’s Kitka Games, Stumble Guys is a free-to-play action game where players compete to be the last man standing. To do so, players must knock off rivals on obstacle-laden levels. The game has many levels and has several cool tricks up its sleeve, including customisation options. This is a game where a lot of fun can be had with friends.

The game was launched in January of 2021. In the US, the title has been downloaded over 24 thousand times. The title is available for iOS 13 and above. Despite a relatively short lifespan, it has generated over $21.5 million in revenue, making it the best-selling title in the Kitka Games catalogue. It is also the only Kitka Games title available on the Google Play Store.