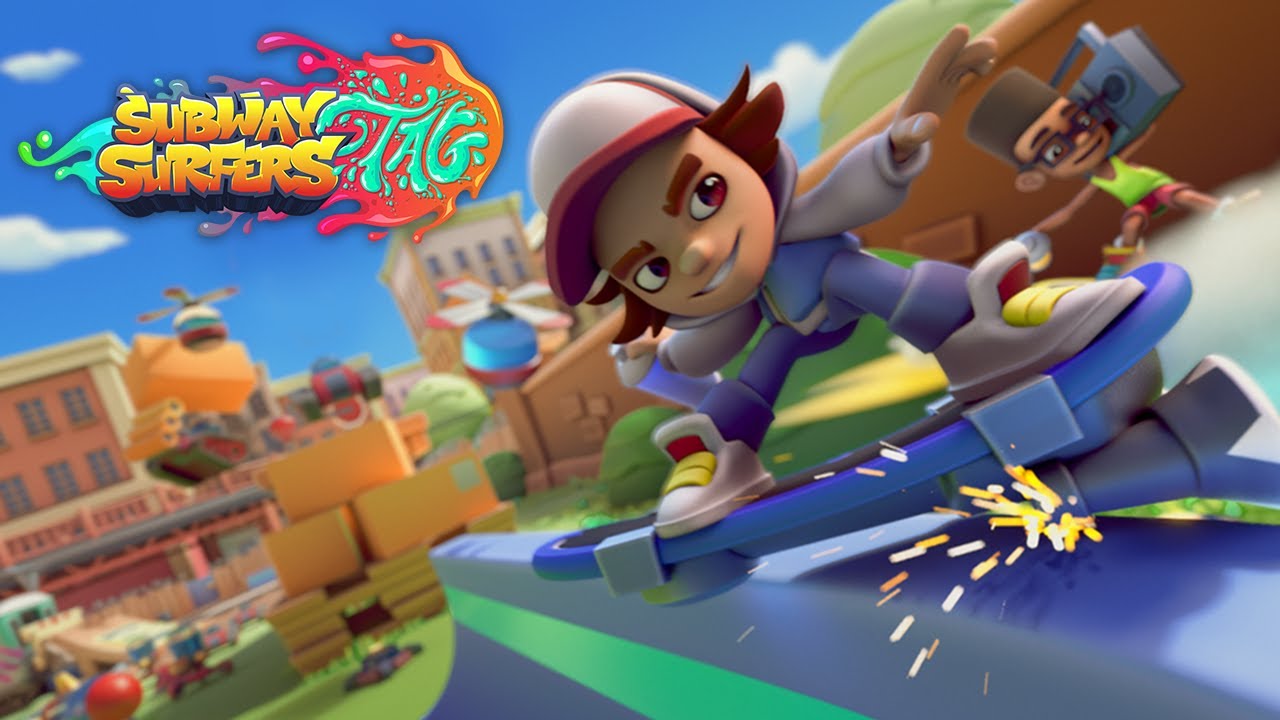 Those of you who have already played the iPhone game called Subway Surfers have probably already been blown away by how good it is. But if you are thinking that the game is just a copy of Temple Run, you are wrong.

Basically, Subway Surfers is an endless runner game. You have to run through subway tunnels, jump over obstacles and collect coins. You can use the coins to buy new characters or items to help you through the game.

One of the most interesting aspects of Subway Surfers is the hoverboard. The hoverboard is an item that you can use to leap, roll and bank your way across the screen.

The most interesting aspect of the hoverboard is the fact that it gives you greater control over your movement. You can bank in any direction, roll forward and backward, and jump from one train to another.

Earlier this year, Subway Surfers became the first ever iOS game to reach one billion downloads. The game is free to play and can be downloaded on the App Store, HarmonyOS, and iOS. You can also play the game offline when you are not connected to the Internet.

Subway Surfers is an endless runner game that was developed by Kiloo, a Danish company. It uses the Unity game engine and is available for iOS, Android, and Kindle. The game features a unique art style and excellent sound effects.

The game involves a character running an obstacle course. The character must avoid obstacles and collect coins. The player can use coins to upgrade his power-ups.

In addition to the basic game mechanics, Subway Surfers offers a variety of game modes. In order to win, the player must collect the most coins and avoid the most obstacles. The game also has a World Tour feature that allows players to play through different environments. The World Tour updates the game’s setting every three weeks.

Whether you are playing for fun or trying to improve your skills, the Subway Surfers iPhone game will be a fun experience. There are many interesting and fun props that can enhance your gameplay.

The game features beautiful graphics, exciting sound effects, and innovative features. The Subway Surfers iPhone game is recommended for those who want to test their parkour skills.

The Subway Surfers iPhone game is one of the most popular parkour games on the market. It is a fun family game that is suitable for all ages. It offers a large number of gold coins that you can use to buy new props. You can also unlock new characters and accessories. It also offers daily challenges that you can complete to earn free coins.

The Subway Surfers iPhone game has a mission system that gives you a task to complete each day. You can also play the game with friends.

The Subway Surfers iPhone game features a variety of fun props that will enhance your parkour experience. You can jump to the top of a building, and change the direction of your props in time to make them fall into the correct spot. This is a good way to avoid collisions with other players.

It’s not a Temple Run ripoff

Despite being similar to Temple Run, Subway Surfers is actually a completely different game. This game has unique characters and fun graphics. The game is also simple to play and addictive.

The game is also less stressful to play than Temple Run. This is due to the fact that Subway Surfers uses swipe controls, instead of screen tilting. This makes it easier to plan your moves ahead of time. In addition, Subway Surfers does not use tilt controls for collecting coins. This means that you are not as likely to have trouble collecting coins.

One of the main differences between Subway Surfers and Temple Run is the amount of coins that you are able to collect. While Temple Run rewards you for your coins, Subway Surfers does not. You must collect coins in order to unlock characters and powerups.

Subway Surfers also has a different storyline. You play as a young graffiti artist named Jake who is running from the police. In order to escape, you must dodge oncoming trains and use quick reflexes.