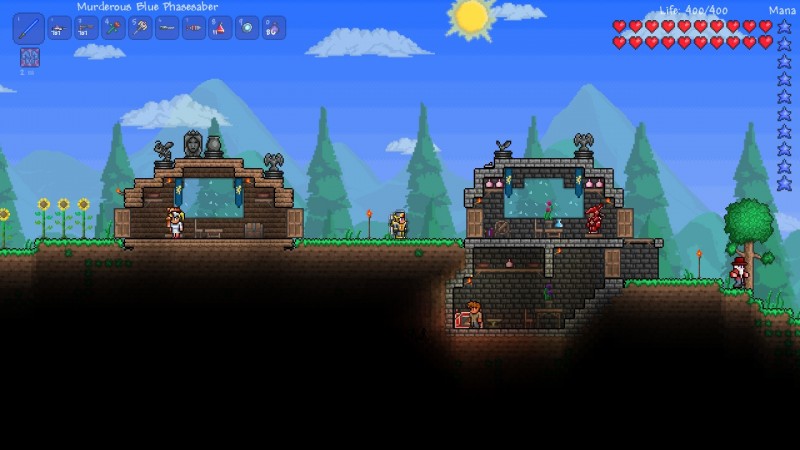 If you are looking for a unique and fun game that will keep you entertained for hours and give you the chance to get creative with your building, you should check out Terraria. The game is procedurally generated, which means that you are able to dig, build, and survive in a variety of different environments. You can also fight villainous bosses and collect a wide range of armors and equipment to help you survive.

Procedurally generated worlds are a great way to add replay value to games that may be boring otherwise. In games like Terraria, this can add a sense of exploration.

A procedurally generated world is a randomly generated environment that is manipulated by players. This is done using an algorithm. The game’s creators are able to design the entire world and each character, from the creatures to the towns, with a level of detail that would be difficult to achieve in a single, static world.

While some people find this process to be unoriginal and uninteresting, a procedurally generated world is a good way to keep the game from feeling stale. It’s also a convenient way to get content in a variety of different ways.

If you’re looking for a good Xbox 360 survival game, look no further than Terraria. A sandbox-style game with a survival element, it’s got it all. It’s not quite as imaginative as Minecraft, but it does have its own unique properties.

In the early stages of the game, you’ll be mainly focused on gathering resources and building structures to fend off hostile creatures. The world is littered with caves, which can be used for mining and crafting. Those mined ores can be turned into weapons and armor.

However, the real draw of the game is the exploration. Your character is dropped into a randomly generated world, where you’re required to dig and build. During the early days of the game, you’ll be able to craft tools and even make a small house.

Aside from the requisite digging and tampering, players in the latest incarnation of the classic are treated to a number of new features. From new tutorials to streamlined touch controls, there’s something for everyone. And if you’re a fan of dungeons and dragons, the newest entrant to the sandbox fraternity is a must have.

Terraria is a great way to get your hands dirty with friends. The latest edition of the classic has been retooled to deliver the ultimate mobile gaming experience. With a plethora of content to explore, the possibilities are limitless. One of the most impressive features is the ability to resurrect fallen comrades from the dead, a feat that’s a rarity in the sandbox world.

Combat is simple and satisfying

As you might expect from a game named after a fabled sword, combat is one of the most important aspects of the game. There are a variety of different enemies to contend with, each with a unique set of strengths and weaknesses. Taking out your enemies is the best way to earn experience points that you can later use to level up your character and unlock new abilities.

In addition to combat, Terraria also has a few other cool features that are worth taking advantage of. One of these is crafting. This allows players to create items like jet boots and grappling hooks. Additionally, players can collect the materials needed to build a variety of buildings to suit their needs.

Wide variety of armors and equipment

A wide variety of armors and equipment are available in Terraria. Choosing the right one can be an important factor for your progress through the game. You can also combine different sets to give you the best combination of stats. Alternatively, you can buy armor pieces that don’t offer any special effects.

Armour in Terraria helps you mitigate damage you take. It does this by reducing the total damage by 75%. In addition, it allows you to use more powerful weapons. This means that you can take on more challenging foes.

To find the best Terraria armor for your build, you must first determine what kind of class you want to play. For example, rangers are suited for high-level ranged attacks. If you want to make a ranger, you can start by acquiring high-quality accessories, like a Ranger bow, Chain Gun, or Demon Bow.

The game is a 2D side-scrolling adventure with an emphasis on building. Players can craft weapons and armor, and build a home base. They can fight enemies, collect items, and scavenge materials. In addition, Terraria features a massive, procedurally-generated world to explore.

There are three main ways to play the game: solo, multiplayer, and split-screen. On its own, the game is enjoyable, but the best part is collaborating with friends.

To get started, first create a character. You can choose from a range of unique classes, each of which has a variety of perks and variants. If you need help, you can use the in-game ‘help’ system to find out more.