The House of Da Vinci 2 Review 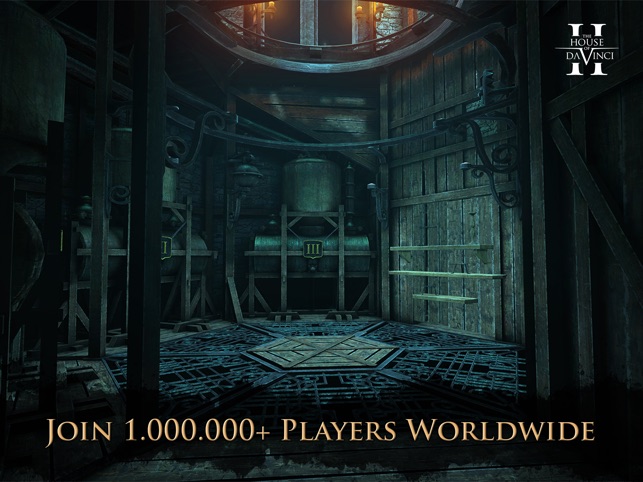 The House of Da Vinci 2 is a fantastic game that has a lot of potential. It has a great storyline and it is full of amazing graphics. However, the game isn’t without its problems. Some of them include freezing issues and framerates.

The House of Da Vinci 2 combines a believable Renaissance setting with a cleverly executed puzzle game. Players are given a mysterious device that allows them to travel backwards in time, and use it to solve a series of puzzles. While this may sound like a gimmick, it really works. If you’re a fan of history, you’ll want to check this game out. It’s also available on a variety of devices, including the Nintendo Switch.

In case you’re not into a slew of puzzles, the game’s main draw is its mesmerizing environments. This includes the city of Florence and its surrounds. You’ll have to make your way through a complex series of rooms containing objects that are hidden in corners, and you’ll have to solve the puzzles in order to progress.

The House of Da Vinci is an adventure game that combines the best elements of puzzle box and escape room games. It was released in early 2017 and is available on multiple platforms.

While the storyline may seem a bit trite, the game does have a lot to offer. One of the most intriguing aspects of the game is the use of time travel. You’ll be able to go back in time to solve the puzzles that led to the story. In fact, some of the puzzles have been made interactive so you’ll be able to see the insides of machines.

The House of Da Vinci has a few other features to boast about. Its impressive storyline, for example, consists of some well-acted and nicely animated cut scenes. There is also a hint system to help you out. Another noteworthy feature is the fact that you can play the game in 16 different languages, including Korean, Simplified Chinese, and Hindi.

The House of Da Vinci is a puzzle game in which players are required to solve mysteries and locate hidden objects. In the game, players travel through time as they follow the footsteps of Leonardo da Vinci. This is a 3D game, so it requires a powerful computer.

If you want to play the game, you should first determine your hardware and software requirements. For example, you need a computer with at least a 2.0 GHz dual core processor and a graphics card that can handle the game’s resolution.

The recommended GPU for The House of Da Vinci 2 is a NVIDIA GeForce GTX 295 or an AMD Radeon HD 4850 X2. You can also get a graphics card that can handle the game’s minimum resolution. It’s best to opt for a higher resolution if you are interested in smoother visuals.

The House of Da Vinci 2 is a puzzle game featuring handcrafted mechanical 3D puzzles as well as some mesmerizing Italian Renaissance environments. The game features hundreds of new objects, as well as a unique Oculus Perpetua, and if you’re lucky you can find hidden secrets, too. It’s a free download.

There are some problems that users have encountered when trying to play the game. However, you don’t need to worry because the company behind it, Blue Brain Games, has you covered. If you’re having trouble, you can call up the company and ask for help. Most of the time, this is a straightforward process.

However, there are cases when you’ll need to do more than that. For example, you may need to update your operating system and drivers, and install the latest version of DirectX. You’ll also need to turn off your antivirus software.

The House of Da Vinci 2 is a puzzle game that takes place in a mysterious world. You play as a prisoner in a dingy cell during the Renaissance who gets a chance to escape through sewers. However, the ominous stranger who gives you the opportunity leads you to Cesare Borgia, who wants you to spy on Leonardo da Vinci.

In the game, you’ll need to use your mind’s most powerful weapons to solve the puzzles. There are many different puzzles to complete, ranging from simple to more complex ones. Some of them involve inventions of da Vinci.

Among the major gameplay features are the ability to travel back in time, using a mysterious device. The player can also manipulate the present by affecting past events. This means that some of the puzzles will change depending on what you do in the past.